This winter season has been extremely busy for LECMgt. We have been writing plans, designing games and exercises, conducting training, traveling across the county, and responding to a natural disaster (See: Snow Emergency in Mammoth Lakes). 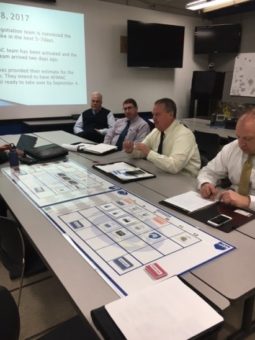 The Public Safety and Emergency Management Team at Penn State University asked LECMgt for help evaluating one of their contingency plans and to design a tabletop exercise to test it. The project began in January with a site visit to Penn State followed by a review of over 300 pages of planning documents and some outside research. LECMgt graphic specialist Eric Harvey developed a set of operational maps and a timeline for use during the tabletop. The maps and time line developed for the exercise were also designed to be used during a real emergency.

The exercise was held in the PSU Emergency Operations Center. It was facilitated by Dr. Roger Mason and involved members of the PSU senior leadership team.  The Penn State team used the exercise to simulate the activation of their contingency plan and employ it. The exercise concluded with a debrief and an after action report by LECMgt

This exercise reinforced our belief that tabletop exercises can be more than just group think, reviewing checklists, or focused discussions. By providing a strong graphic presentation to support exercise play the participants can become more directly engaged. It takes them far beyond just asking them to imagine a place or time. This deepens the value of the exercise and the quality of the takeaway conclusions. This exercise allowed the PSU leadership team to realistically evaluate their contingency planning and determine how it could be improved. 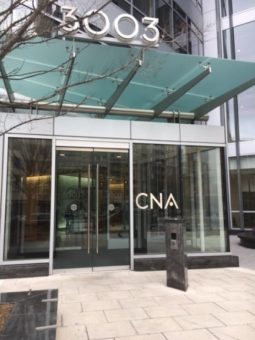 CNA Corporation is one of the federally funded research and design centers located in Arlington, Virginia. CNA has a reputation for being one of the top wargame design centers for the Navy and the US Government. LECMgt has collaborated through the years with CNA on a variety of projects including an exercise for the Centers for Disease Control, a geopolitical wargame for the US government, and a training game on H5N1 Avian Influenza response for the US Department of Agriculture.

Dr. Mason was asked to do a lunchtime presentation on wargame and exercise design for some of the new CNA staff. Dr. Mason was hosted by Dr. Peter Perla and Dr. Ed McGrady. Dr. Perla is the author of the Art of Wargaming, one of the great books on the topic of conflict simulations. This was a great opportunity to share our latest design and development ideas and collaborate with our CNA colleagues. 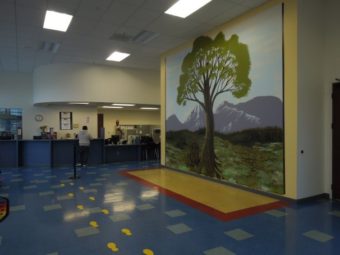 LECMgt developed a conflict resolution training course for Child Care Resource Center (CCRC) employees who work in public contact areas. CCRC is based in Chatsworth, California and is one of the largest providers of Head Start programs in California. The training was provided at various CCRC offices in Los Angeles and San Bernardino County. The training was developed after the LECMgt threat assessment of CCRC. The assessment identified the public contact positions as being hazardous. Drawing upon his 29 years of law enforcement experience Dr. Mason discussed techniques for resolving conflicts, dealing with aggressive clients, and when to call the police for help.

Mason said, “These employees often find themselves in the middle of family disputes, dealing with intoxicated patrons, or being verbally abused. They have to be aware of their surroundings and the behavior of the persons involved.”  Everyone agreed the training gave the staff some really useful techniques to deal with dangerous situations. 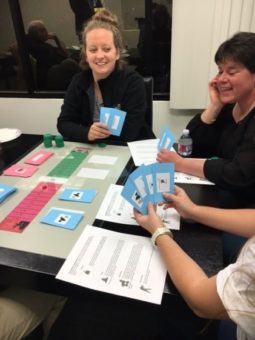 Work is continuing on Vol. 2 of Art of Intelligence: Intelligence analysis, games, and exercises.  Dr. Mason is currently writing the chapter on European Intelligence Sovereignty. Part of the challenge for each of the contributing authors is to design a game on the same topic. The design work for the game has been completed. A series of play tests were conducted. The last test involved a group led by Dr. Lisa LaGeorge from The Master’s University. Dr. LaGeorge’s group included faculty and students interested in games.

The play test was evaluated by LECMgt game design expert Joseph Miranda and game development analyst Eric Harvey. In the game the players represent European intelligence services who must cooperate to prevent a terrorist attack while promoting their own interests. Playtests provide valuable feedback to ensure the game mechanics are ready and the design objectives have been met. We are anticipating the book being published in early 2018. 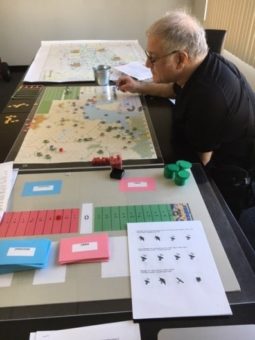 LECMgt is very fortunate to have people like game designer Joseph Miranda and game developer/graphic artist Eric Harvey. Besides working for LECMgt they are working on wargame and simulation projects for a variety of organizations. LECMgt organizes playtests where new games and simulations can be tested. This helps the companies developing the games and gives LECMgt exposure to a variety of talented designers and developers. If you are interested and located in the Los Angeles area contact us and participate in one of our play test sessions.

March, to the Pentagon 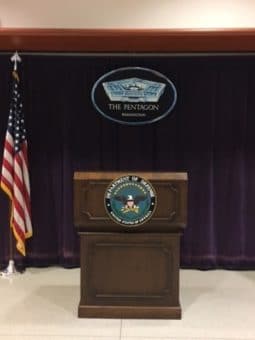 In March LECMgt was in Washington DC. Dr. Mason was invited to do a lunchtime presentation for some members of the Joint Staff at the Pentagon. The Joint Staff is divided into various areas of expertise and support the planning and operations of the Joint Chiefs of Staff. The Joint Staff was interested in LECMgt and a wargame currently being designed by LECMgt wargame expert Joseph Miranda.

The topic of the game is Third Offset War. The term third offset refers to the ability of the United States to respond to new types of military threats and defeat them. Dr. Mason spoke about the new game and the use of agent based modeling in wargame design. For Dr. Mason the presentation was a bit of nostalgia marking his first return to the Pentagon after his military retirement four years ago.

What else is happening? We are finishing the next sections on an emergency operations plan upgrade for the University of Hawaii ,Manoa. We will be facilitating an exercise at UH Manoa in May. We are working on the final section of the Town of Mammoth Lakes emergency operations plan with an exercise scheduled for June or July. We are also finishing threat assessment for our friends at the Children’s Hunger Fund. We are busy but excited about the next few months.