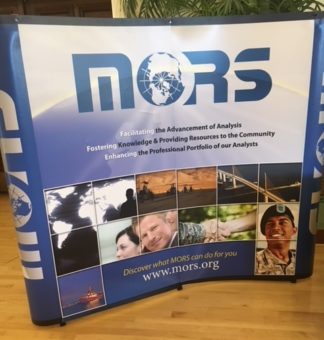 The Military Operations Research Society held their annual symposium at the Naval Post Graduate School in Monterey, California.  For the second year, Roger Mason and Joseph Miranda gave a presentation on wargaming. This year’s demonstration was on developing crisis management games. Events like the MORS symposium bring scholars and practitioners from the operations research world to discuss the latest advances in research and development. It is a fantastic opportunity to bring our research and exchange ideas with some of the best minds in this field.

Each year LECMgt brings a prototype game design to demonstrate our research. This year was a game on cyber wargaming called Cyber Crisis. This game was designed as a training game to introduce basic cyberwar and netwar operations techniques. The game employs opponents building computer networks and attempting to destroy the networks of their adversary. Each of the networks is comprised of nodes representing real world capabilities such as expeditionary forces, special operations, and information warfare. Players can build defenses or attempt to develop offensive cyber forces. 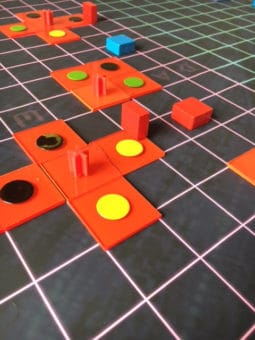 The game has several scenarios. Some of the more advanced scenarios include the use of artificial life. There are two autonomous networks representing a commercial network in the open web and a hacker network in the dark web. The autonomous networks are controlled by cards and game conditions that can cause them to grow, shrink, or take actions. The result is simple emergent behavior that replicates a real player’s actions. The addition of the autonomous players allows us to scale the complexity of the game to the understanding and expertise level of the players.

LECMgt is researching the development of cyber and netwar games. Dr. Peter Perla has called developing cyber games the “Holy Grail” of modern wargaming. The search for the original Holy Grail has consumed scholars and adventurers, for two thousand years. We are committed to developing cyberwar gaming solutions as part of a modern Grail quest in the information age of the 21st century.