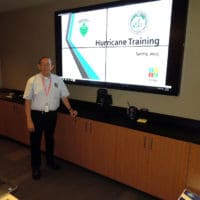 This year LECMgt has completed an evaluation of the UH Manoa’s emergency exercise program. The campus is developing a multiyear exercise program. LECMgt has been contracted to design three exercises for the first year of the program. Hurricanes are always a possible threat to the Hawaiian Islands so the first exercise involved hurricane management. The group targeted for training was the UH Manoa executive team led by the University Chancellor Robert Bley-Vroman.

The exercise began with training on critical decision making. This training emphasized how to evaluate information and make decisions in uncertain situations. The executives were provided the scenario from the State of Hawaii 2015 hurricane exercise. The executives were divided into three teams. The teams were responsible for crisis communications, incident action planning and action/decision making. 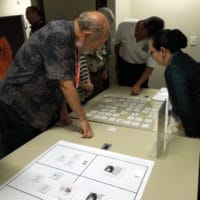 The exercise used a timeline which begin prior to landfall of a major hurricane and continued until 18 hours past landfall. The crisis communications team was responsible for preparing briefings and simulated public communications. The incident action planning team developed two incident action plans during the simulated emergency. The action/decision making team evaluated a set of possible decisions related to hurricane response and prioritized them.

After the exercise a comprehensive debrief was conducted. Each participant had the opportunity to ask questions and make comments about the training. Takeaways included improving coordination between the University of Hawaii and the individual campuses, prioritizing possible pre-disaster actions, and evaluating data and information during a disaster. This is the first of three exercises for the year.