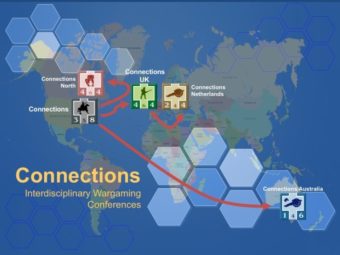 Dr. Peter Perla defined wargaming as an adversarial representation of military activities where the players represent real-world actors and real or hypothetical situations or scenarios. These representations included a flow of events and effects that influence the player’s actions. The players can make decisions that impact the outcome of these simulated events. 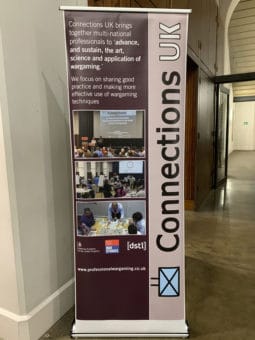 In the past 20 years, the term wargaming has expanded to include the concept of decision support modeling where decision-makers, in a wide variety of disciplines, play through real or hypothetical scenarios to evaluate their current plans or potential options. Governments, business, and military decisions makers use wargames to assess options and develop courses of action. 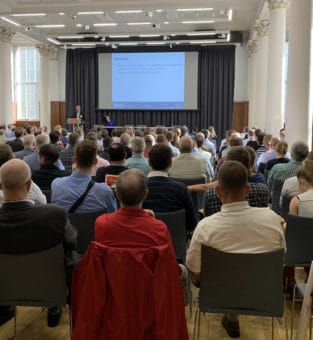 King’s College, the Defense Scientific Technology Laboratory (DSTL) of the UK, and the Royal Army sponsored the conference. The week began with a variety of game demonstrations including games about the 2010 Haitian earthquake response, a hypothetical invasion of the Baltic region by the Russians, a game about cyber operations in Europe and LECMgt’s Afghan Reconstruction Game.

The second day included presentations by the RAND corporation and DSTL. The third day was devoted to discussing hybrid warfare, peacekeeping and humanitarian operations, and adapting commercial board games for professional use. Dr. Roger Mason was part of the panel on hybrid warfare led by Professor John Curry of Bath University. The other panel members included Dr. Anja Van der Hulst of the Netherlands Organization for Applied Science Research and Dr. Ben Shreeve from Bristol University. Dr. Mason discussed the use of cyber and electromagnetic spectrum operations by the Russian army.

Wargaming is much more than the simulation of warfighting. LECMgt has designed wargames for avian influenza response, urban wildfire operations, transportation accidents, earthquake response, and cyber-attacks as well as government and business operations. There is an old saying that you can game the problem now or live it in the future. 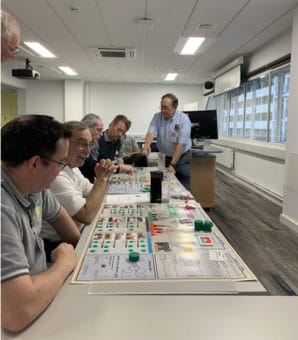 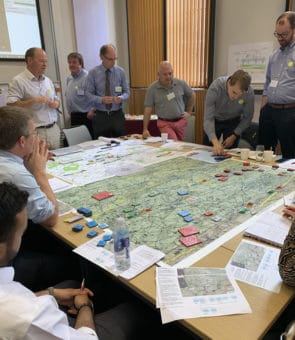