“As Soon as We Have More Information…”: Avoiding disaster communications failures

A major disaster has struck your community. You have been waiting all day for a press conference from local officials. Finally the news conference begins and the public information officer steps to the podium. “We want to extend our best wishes to everyone impacted by this disaster. We know everyone is concerned about the power outage. We don’t have much on that but we are hopeful it will be restored soon. Regarding the road closures you can expect them to remain in effect for now but that may change. We are waiting on information regarding the relief supplies. As soon as we have more information we will get back to you.” You have just been told your local officials do not have any useful information and there is no schedule for when they may provide more.

During a disaster one of the most important commodities is information. People dealing with an on-going disaster or attempting to recover need information. Information drives their choices and preferences. They expect a steady source of valuable information from government to aid them with their disaster decision making. Sadly this is an expectation that is often unmet.

What Does Not Work? 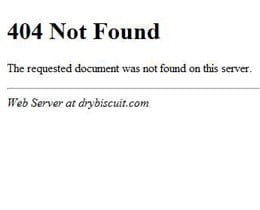 A common problem are communities which advertise on their website about their emergency planning. Often the “comprehensive plan” they refer to is unavailable or incomplete. Some information is so rudimentary that it is impractical and useless. Citizens are looking for more than “Avoid downed power lines.”

The second problem is the reliance on external links to provide direct disaster communications. Getting the link to Readiness.Gov is of limited value when you really want to know which roads have reopened or when relief supplies will be delivered. External disaster and preparedness links have important information that is best consumed before the disaster. Providing a link to “developing your home disaster plan” loses its value after the disaster has occurred.

The third problem is providing general information when specifics are needed. When the public needs information about the restoration of electrical power responding with “our best crews are working overtime” is meaningless. It is better to admit there is no available time estimate than make something up.

Several years ago a freak windstorm struck several California communities knocking down trees and cutting power to hundreds of thousands of customers. I attended a news conference where the electric utility’s public information officer was asked how long the power would be out. They said, “That is a great question. In situations like this our goal is to always shoot for full restoration in 48 hours. We have everyone working on it.” 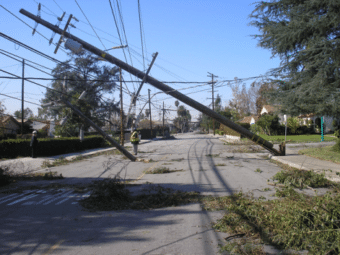 While driving back to our EOC I saw a utility crew working on some powerlines. I stopped and asked the supervisor about the 48 hour estimate. He said, “My crew is the one fixing these lines. We have been working on this block all morning. In this district we have twenty square blocks with downed lines. I got five guys. You do the math. Don’t expect power for minimum of a week.”

There were real differences between the two statements. The first statement provided no details on the size of the problem, the available resources, what was actually being done, and where. The PIO answered a specific question about the outage duration with a vague reference to a general standard that may not be applicable to this situation. The statement by the crew supervisor was specific. This is the extent of the problem, these are the resources being applied to the problem, this is our current progress on the problem, and here is the estimate for a minimum restoration of the problem.

During the recent hurricane emergency on the eastern seaboard government and media outlets bombarded the public with information about the impending storm. 90% of the messaging seemed directed at the small group of residents who ignored evacuation orders and planned to ride out the storm. Most of this messaging was in the form of earnest pleading to evacuate. There was very little practical information for majority of persons who were obeying the local authorities. This misdirection of information means the people who are complying are starved for information while the available public communications bandwidth is wasted on pleading with people who refuse to comply.

There are three steps in preparing for emergency communications: understanding the communications plans of your peer agencies, developing a benchmark for evaluating conditions in the community, and identifying specific information the public may need after a disaster. Your community or campus has peer agencies that provide a wide variety of public services from public safety to public utilities. Become familiar with their plans for public communications. If the local electrical company is planning to do twice daily disaster response briefings you can design your communications plan to incorporate this. 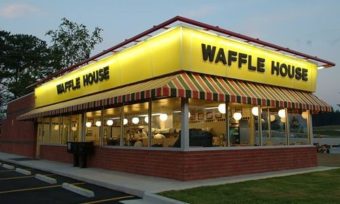 Establish some benchmarks for evaluating conditions in your community. These benchmarks should be connected to services citizens may need after a disaster. The Department of Homeland Security reportedly uses the Waffle House restaurant chain as their benchmark for local conditions. Waffle House has a reputation for being the last to close and the first to reopen during and a disaster. Bench marks may include local road conditions on highways maintained by other agencies, your local mass transit agency, or supermarkets in your area. Some national fast food chains have generators and fuel which allows them to operate when power is out.

This requires making contacts with these organizations and having afterhours phone numbers and contacts you can call directly to assess their conditions. A useful practice is to offer a direct phone number in your Emergency Operations Center where these key stakeholders can call you for direct information about the disaster. This also provides you a contact when you need their services afterhours.

You should develop a list of the information that your community will need after a disaster. If you are a university were most students rely on mass transit, information about the bus system is vital. If your community has a single freeway connection citizens need to know when the roads will reopen and where they can expect services such as fuel and food if they are evacuating.

Establishing communications menu means you develop a standardized list of the information you will provide. Typically after a disaster citizens have to listen to the public utility news conference to find out about the power, the highway patrol news conference about the roads and the Red Cross briefing to learn if relief supplies are due.  You should provide a menu of the information you will provide. A possible menu might include: public utility update, road conditions, availability of fuel, information about relief supplies, public health update, availability of local stores, mass transit schedules, weather report, and any special messaging you want to share.

You should build an expectation that every disaster briefing will include these basic facts. Too often public officials hold a news conference with incomplete or partial information on a list of topics that changes with each new briefing. It becomes the citizen’s responsibility to sort it out and try to monitor multiple sources to find out what they need.

There are three steps for delivery; using established pipelines, messaging at multiple levels and standardizing the delivery schedule. Many communities and campuses have limited resources to develop standalone public information systems such as their own AM radio station. A simple answer is to use the information pipelines that already exist. One of the most common is social media. Having an active Facebook page with videos, Twitter account, Snapchat or Instagram accounts can help you provide real time information and post pictures or videos of current conditions. 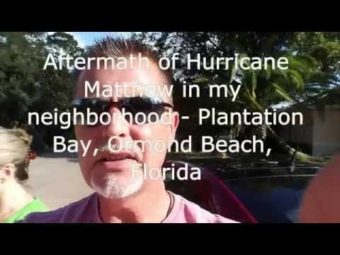 Messaging must be done at multiple levels. A major barrier is the influence of personal bias by the persons responsible for public messaging. The system that is most familiar or convenient for you may not be so for other people in your community. Senior citizens may not have any idea how to access social media. People with special access and functional needs issues may be limited in how they can receive information. You should offer public information from a basic analog system like posting updates on a bulletin board in front of city hall up through your City or University website.

Besides pushing information into the community it should be delivered to any place where you are offering a shelter, services, or disaster relief. Consider having a bulletin board at your disaster shelters where you post the latest update of the items from your disaster communications menu.

Messaging should be delivered on a standardized schedule. Telling people “we will get back to you as soon as we have something” is really meaningless. After the San Bernardino terrorist attack the police chief had regular press briefings that were announced. The briefings were on a regular schedule. People knew that at a certain hour the chief would provide important information.  He followed a format that provided updated information about the same topics: the suspects, condition of the victims, and the progress of the investigation. This continued for several days.

Standardized messaging also builds the public perception you are doing something. I was involved in a disaster where adjacent cities were conducting nearly identical response and recovery operations. One city had periodic updates and messages about what was happening while the second city did not communicate after regular business hours or on the weekend. Even though both cities responded in the same way the first was applauded for their efforts while the second was heavily criticized for not doing anything. Pick a schedule for communications and stick to it. Use available pipelines and communicate at every level possible.

There is a school of thought that seeks to avoid distressing the public by limiting or avoiding sharing bad news. People say we should not share certain information because it will panic the community. Experts have debated this premise. If the community senses you are withholding information they lose faith in the information you do share and confidence in your management of the disaster. 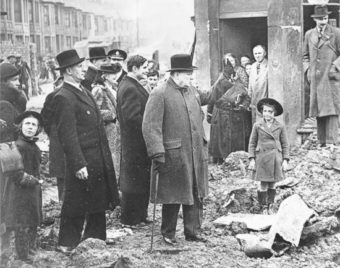 One of the greatest public communicators was Winston Churchill. During the 1939-40 blitz on London there was plenty of bad news. Many people were being killed and wounded and entire neighborhoods were being destroyed. After an attack he would drive to the worst hit areas. He would walk around and speak to any survivors. Then he would make a public statement detailing what happened, the extent of the losses, and what the government was doing. The morale of Londoners never faltered during the months of constant bombing. People know if things are bad. It is better to tell the truth and not avoid bad news.

There is an art to providing disaster information to the public. It must be organized and specific. Employing a menu ensures people get the same topical information allowing them to track any changes. Push your messaging through as many communications pipelines as possible to reach the largest number of consumers. Deliver information to places where community members are seeking assistance. Establish a schedule for communicating and stick to it.  If the news is bad be honest. Tell people exactly what the conditions are and what is being done to respond to the problem. Half of any disaster response is effectively communicating with the public.