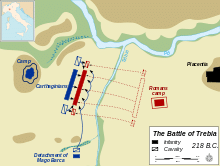 A wargame (also war game) is a strategy game that deals with military operations of various types, real or fictional. Wargaming is the hobby dedicated to the play of such games, which can also be called conflict simulations, or consims for short. When used professionally by the military to study warfare, “war game” may refer to a simple theoretical study or a full-scale military exercise. Hobby wargamers have traditionally used “wargame”, while the military has generally used “war game”; this is not a hard and fast rule. Although there may be disagreements as to whether a particular game qualifies as a wargame or not, a general consensus exists that all such games must explore and represent some feature or aspect of human behaviour directly bearing on the conduct of war, even if the game subject itself does not concern organized violent conflict or warfare.[1] The business wargames exists too, but in general they are only role playing games based on market situations.

Wargames are generally categorized as historical, hypothetical, fantasy, or science fiction. Historical games by far form the largest group. These games are based upon real events and attempt to represent a reasonable approximation of the actual forces, terrain, and other material factors faced by the actual participants. Hypothetical games are games grounded in historical fact but concern battles or conflicts that did not (or have yet to) actually happen. Fantasy and science fiction wargames either draw their inspiration from works of fiction or provide their own imaginary setting. Highly stylized conflict games such as chess are not generally considered wargames, although they are recognized as being related. Games involving conflict in other arenas than the battlefield, such as business, sports or natural environment are similarly usually excluded.

The modern wargaming hobby has its origins at the beginning of the 19th century, with von Reiswitz’s Kriegsspiel rules. Later, H.G. Wells’ book Little Wars ushered in the age of miniatures games in which two or more players simulated a battle as a pastime. During the 1950s the first large-scale, mass-produced board games depicting military conflicts were published. These games were at the height of their popularity during the 1970s, and became quite complex and technical in that time.

Wargaming has changed dramatically over the years, from its roots in miniatures and board wargaming, to contemporary computer and computer-assisted wargames. Both miniature and board wargames, however, maintain a healthy if small hobby market, with lighter games being popular with many ‘non-wargamers.’